A big reason why most people fail the G1 driving test is panic, anxiety, or lack of confidence. It goes without saying that if you’re nervous, you’re more likely to make mistakes

Lane changes should be made…?
Smoothly
Rapidly
Slowly
Any of these

Lane changes should be made…?
Only when absolutely necessary
To keep you alert
At regular intervals
Only in emergencies

The first thing to do when you want to change lanes is what?
Check your mirrors
Make a shoulder check
Turn on your signal
Any of these

How to Change Lanes Correctly and Avoid Accidents

Drivers on the road are constantly switching lanes, sometimes not so cautiously. When changing lanes on the highway, drivers should follow specific guidelines to ensure that no accidents happen.

A common problem while changing lanes is not using your turn signal. If you want to change lanes, make sure to use your blinker to let other drivers know of your movements. This will allow them time to adjust their behavior and avoid lane changes themselves or make turns at intersections without indicating first.

Always Look at Your Rearview and Side Mirrors

Before actually moving into a different traffic lane, check both side mirrors for multiple cars in one lane before attempting a switch. Sometimes it takes a few extra seconds to check your mirrors, but it is definitely worth the time.

Be Mindful of Your Blind Spot 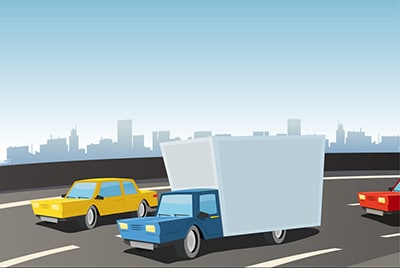 Blind spots are often forgotten about when changing lanes, resulting in collisions with another car you might not have seen if you had checked your blind spot first. Make sure to look for vehicles in your blind spot before switching lanes and ensure that no other cars are there before entering their lane of travel.

When changing lanes on the road, ensure that you allow enough room between yourself and the vehicle you are switching in front of. When pulling into another lane of traffic, pull up alongside the car instead of directly in front or behind them so that they know that it is your turn to move over.

Turn Off Your Signals

Once you have finished with your lane change and are entirely in the other lane, turn off your signal lights to let other drivers know that no further changes will be made during this maneuver. This will prevent any accidents due to loss of attention while making another lane change instead of turning off your signal when the job is complete.

Advance Planning of Your Route

Plan out your route before actually traveling on it so that you can avoid changing lanes if needed. Sometimes, a driver cannot completely avoid changing lanes, such as on highways with very little access between exits, but planning will allow you to minimize lane changes and keep yourself out of potentially dangerous or confusing situations.

What You Should Not Do When Changing Lanes

Car accidents are some of the most common forms of personal injury. Many factors go into these accidents, some more obvious than others, but there’s one you might be neglecting: forgetting to turn on your signal!

As lovely as it would be if everyone could read your mind, this isn’t how it works in reality! So before you make a move (whether it’s staying in your lane or switching), always make sure to turn on your blinker. It is necessary for safety and signaling other drivers where you’re going – plus, it saves lives!

Mirror adjustment is one of the most common mistakes people make while changing lanes. It’s possible to change too many or too few mirrors, but more often than not, drivers forget to adjust their side-view mirror before moving over.

When you’re switching lanes, it’s best to check your right and left mirrors, then glance at your blind spot (the area behind your car), then look back at the road again before making any moves.

If someone is in this blind spot, don’t move! But if everything looks clear on all sides, feel free to start moving over. But make sure you do so correctly by first checking both of your side-view mirrors!

Taking Your Time Before Changing Lanes

Just like forgetting to turn on your blinker, it’s essential to know that slowing down before changing lanes is another mistake that will only cause accidents.

Slowing down before you change lanes tells the other drivers on the road where you’re going. And if they aren’t paying attention, they might move into your lane without realizing it!

It’s a common mistake for drivers to move out too early when switching lanes. By doing so, you’ll only confuse other drivers and may even cause an accident!

Moving out too early is a lot like slowing down before changing lanes. It gives the other drivers around you a glimpse of where you’re going, which can be very dangerous if they aren’t paying attention. If there are cars behind you or beside you, wait until it’s clear that both of them have moved over before moving over yourself.

Several steps should be taken to ensure correct lane changes. They may take a little more time at first but can help prevent collisions with other cars while driving on the road.